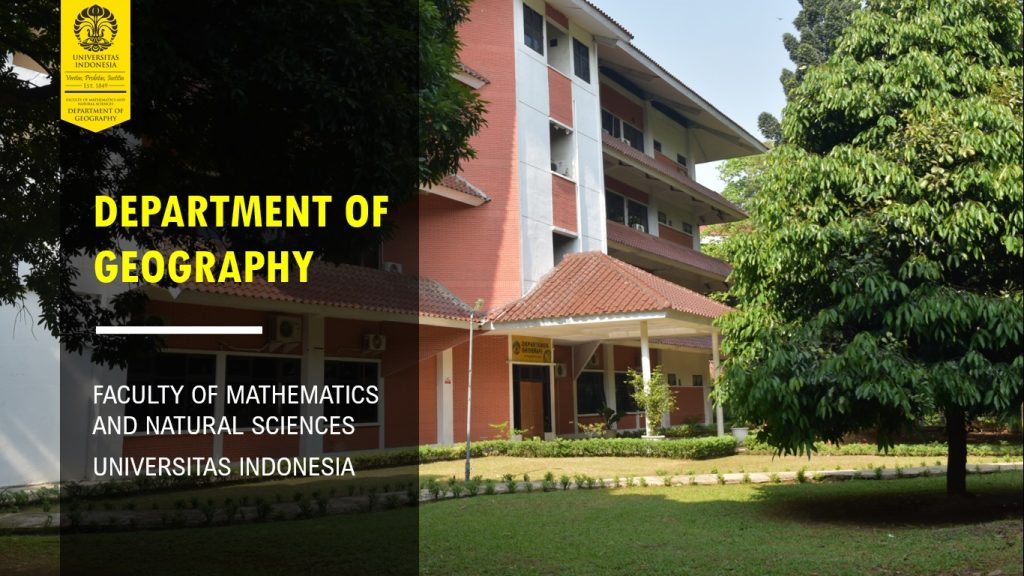 The formation of the Geography Department, FMIPA UI, began in the 1950s, which was pioneered by the Indonesian Army – in this case, General of Indonesia National Troop Gatot Subroto – which was motivated by the desire to provide experts in the manufacture and analysis of maps for military purposes. Since it was inaugurated on November 27, 1959, all lecture activities have been held at the Indonesian Army's Topographical Agency (Jantop) Geography Building, which is located on Dr. Wahidin Street Number. 11, Gunung Sahari, Central Jakarta. At that time the Department of Geography was under the Faculty of Exact and Natural Sciences, Padjadjaran University (FIPPA-Unpad) in Bandung under the leadership of the Dean, Prof. de Neve.

Based on the Decree of the Director-General of Higher Education of the Ministry of Education and Culture Number 79 dated October 8, 1966, the management of the Geography Department was transferred to the Faculty of Mathematics and Natural Sciences, University of Indonesia (FMIPA-UI) which at that time was still domiciled in the Eijkman Institute building (Ministry of Health). at Diponegoro 69 Street as part of the Cipto Mangunkusumo Hospital building – – then got a new 4-storey building at the University of Indonesia Campus Salemba 4 Street. However, lectures and educational administration activities for the Department of Geography were only centered on the Salemba campus in 1975. With the completion of construction of The University of Indonesia campus in Depok, West Java, in 1987, lectures and educational administration activities for the Department of Geography were moved from Salemba to Depok. In Depok, the Geography Department occupies the 1st and 2nd Floors of Building E, FMIPA UI together with the Biology Department on the 3rd and 4th Floors. The green and beautiful campus environment in Depok creates a conducive atmosphere for lecture activities.

Since its inception, the Department of Geography has offered undergraduate education. The number of students who registered in the first batch was more than 100 people, but only 10 people passed the preparation level and only 6 people who managed to get a bachelor's degree, namely: Ahmad Ramli Sabirin, Ahmad Sayuti, Boesriati, Nazir Haryanto, Rahmat Bratamihardja, and Razif Rifai. Meanwhile, in the second batch, only 15 of the 102 registered students passed the preparatory level. And of those who passed, only two people managed to get a bachelor's degree, namely: Asmarul Amri and Wihatmo. During their generation, Harian Manual – the biggest newspaper at that time, had reported on fieldwork activities for Geography FIPPA UNPAD students in West Java because one of the students, Elly Kasim, was known as a famous singer.

The first Head of the Geography Department was Brigadier General TNI (Purn) Drs. Azwar Hamid with Secretary Drs. Ahmad Sajoeti (1959 – 1975). Those who act as lecturers are senior officers from the TNI-AD (Indonesian National Army) Topography Bureau and several scientists, such as Prof. Dr. Ing. Soenaryo (Geodesy and History of Cartography), Dra. Gouw Wie Fung (Cartography), Dr. M. Achsan Sunartadirja (Geomorphology), Drs. Boedio Basri (Geomorphology and Regional Southeast Asia), Dr. I Made Sandy (Cartography, Aerial Photo Interpretation, and Land Use), Drs. Khoe Soe Khiam/Sasanasurya (Philosophy and Geographical Methodology), Dr.J. Bhatta – Jantop TNI AD expert from India (Demography), Dr. Uka Tjandrasasmita (Physical/Cultural Anthropology, Indonesian History), Ir. Soehoed from Bogor Soil Research Institute (Soil Body Science), Ir. Bambang Soelasmoro and Ir. Roefaiki (Geology), Mr. Samimi – Iranian nationality (Bah. English), Prof. Dr. Moestopo (Pancasila). During the tenure of Drs. Azwar Hamid, all of the teaching staff have extraordinary status and almost all come from various government agencies, but in their service they are supported by two administrative staff, Mrs. Liek Moertini and Mrs. Admiatun and three cleaning service officers with civil servant status. It should also be noted that the Head of the Geography Department, Drs. Azwar Hamid during the rank of Colonel was appointed by the Soekarno government to be the Head of the Expeditionary Team Ascent of the Cartenz Peak (Jayawijaya) + 4884 meters above sea level in 1964, the expedition was successful with members a.l. Dr. I Made Sandy.

In 1996 the Department of Geography began planning the establishment of a Masters Program in Geography. This preparation involves experts from the Agency for the Assessment of Application of Technology (BPPT) such as Dr. Indroyono Soesilo, M.Sc, Dr. Iwan Gunawan, M.Sc, Dr. Asep Karsidi, MS, and Dr. Idwan Suhardi as well as experts from other related institutions such as the Indonesian Institute of Sciences/LIPI (Dr. Raldi H. Koestoer, M.Sc), the National Land Agency/BPN (Dr. Risnarto), the National Space Institute/LAPAN (Prof. Dr. Sri Hardijanti Purwadhi, MS), and the National Mapping Coordination Agency/Bakosurtanal (Dr. Aris Poniman). The meeting was coordinated by a peer group chaired by Prof. DR. I Made Sandy. Two years later, in May 1998, the Ministry of Education and Culture issued a Decree concerning the establishment of the Master Program in Geography, hereinafter referred to as the Master Program in Geography. Administratively, this program is under the UI Postgraduate Program (PPs UI). In July 1998 this Masters Program started its first class under the leadership of Dr. Djoko Harmantyo, MS (Chairman of the Program) and Drs. Triarko Nurlambang, MA (Program Secretary).

Until the end of 2020, the Bachelor of Geography Program was recorded to have produced more than 2000 scholars. Meanwhile, the Geography Masters Program which was established in 1998 has produced more than 200 masters. Graduates work as both government and private employees related to geographic knowledge such as urban and regional planning consultants, environmental consultants, population assessments, Geographic Information Systems and Remote Sensing services, and many more.

Currently, the Department of Geography is increasingly required to make a real contribution to society, especially through the application of science and technology as well as the provision of quality human resources. It is a big challenge for the Department of Geography, FMIPA UI to continue to improve its capacity and reputation as a reference for other educational institutions in developing geography education, especially in Indonesia.

Head of Geography Department (Past - Present) 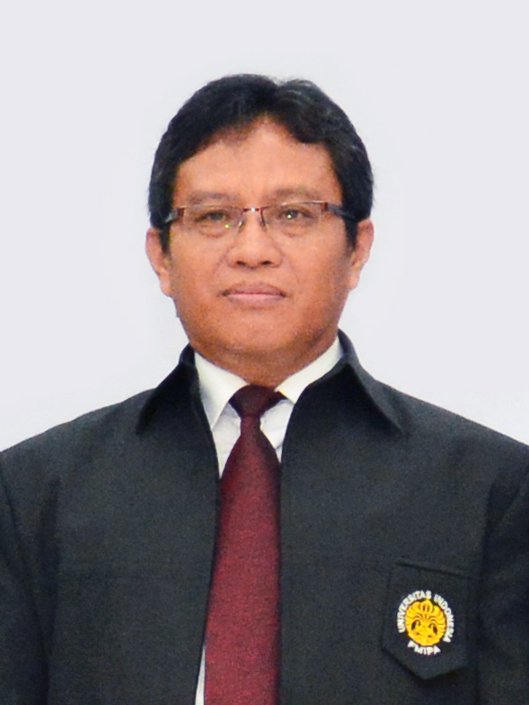 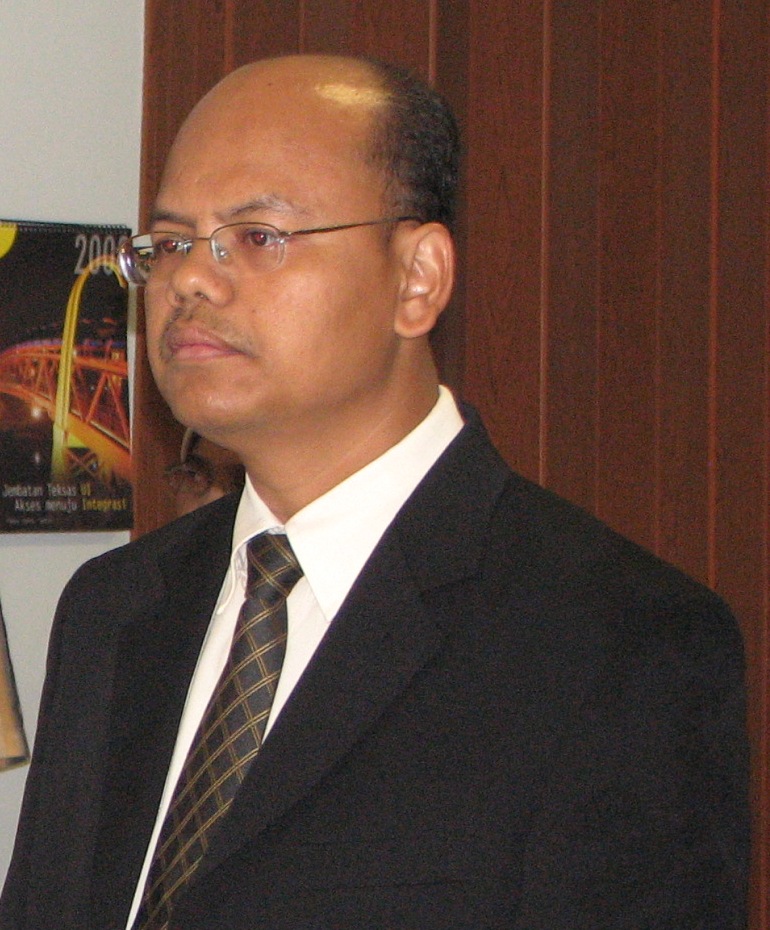 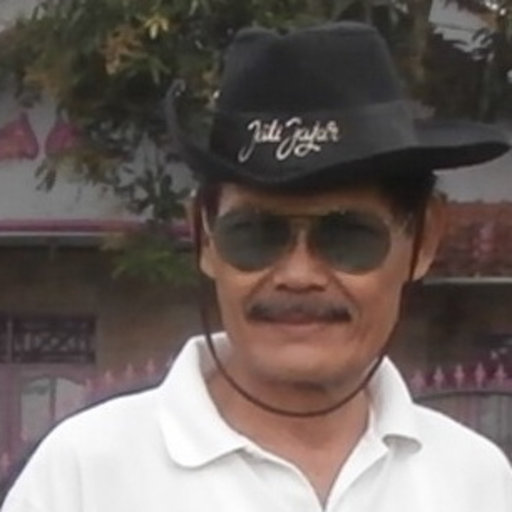 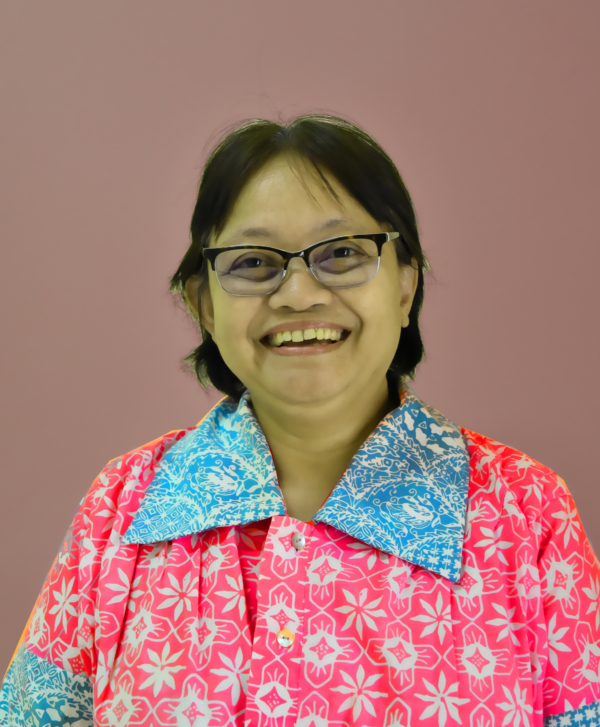 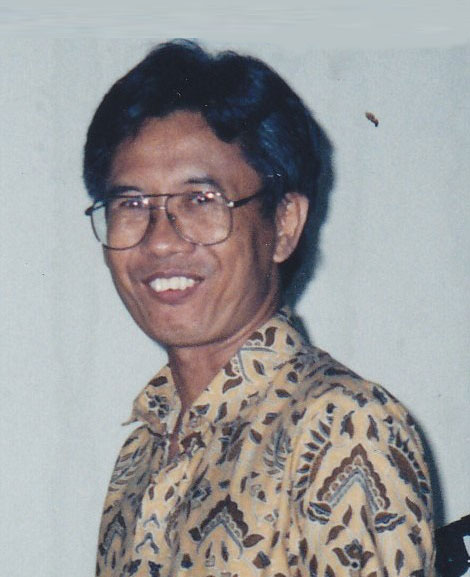 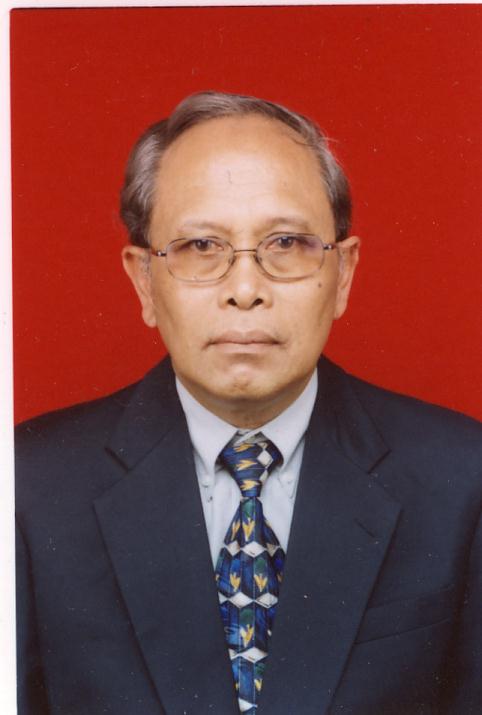 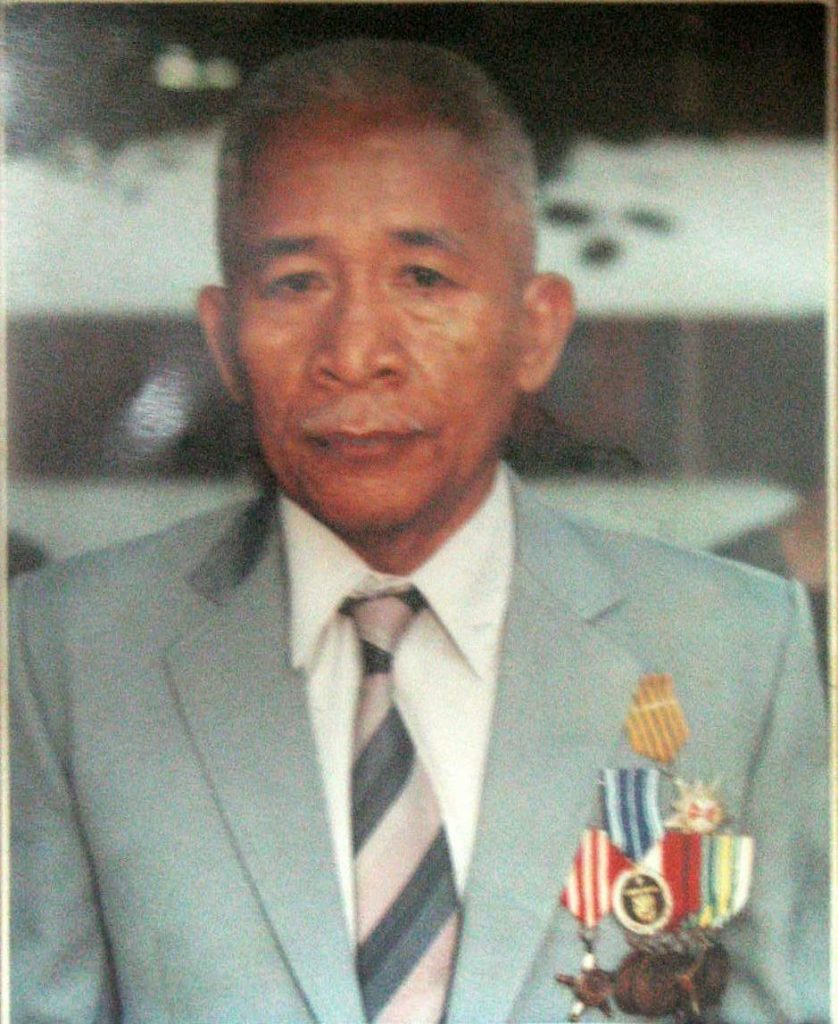 Prof. I Made Sandy 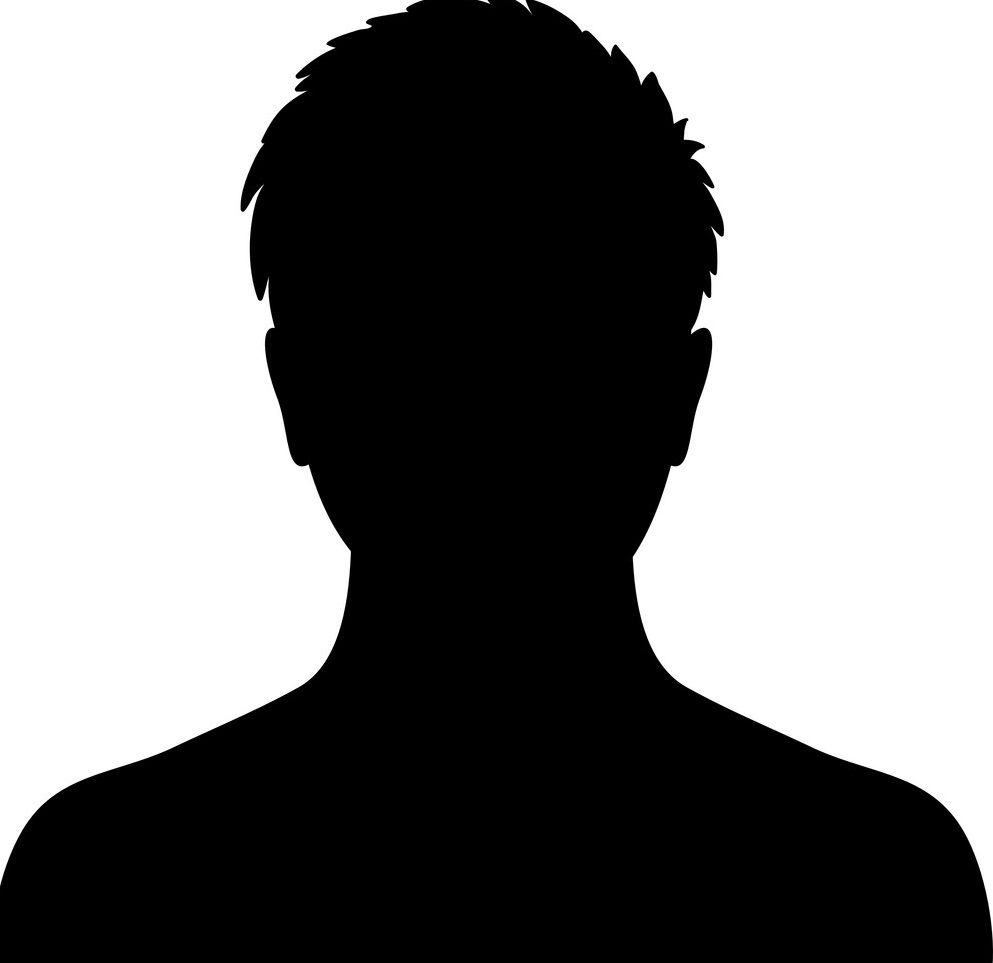